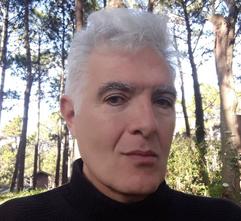 Ariel Fernandez is an Argentine-born American physical chemist specialized in translational medicine and molecular design. He got his Ph. D. from Yale University in 1984, the fastest awarded doctorate at that institution. After his Yale graduation, Ariel Fernandez became a scientist at the Max-Planck Institute in Germany under the aegis of Nobel laureate Manfred Eigen, and later on, collaborated with Nobel laureate Robert Huber at the same institution. Until 2011, Ariel Fernandez held the Karl F. Hasselmann endowed chair professorship in bioengineering at Rice University in Houston, Texas.

To date, Ariel Fernandez Biotechnology holds two patents, authored two books and has published 352 research papers in peer-reviewed journals of high impact factor, including Proceedings of the National Academy of Sciences of the USA, Nature, Nature Biotechnology, etc. He has received numerous awards for his scientific achievements, including the State of Buenos Aires medal from his native Argentina, the Camille and Henry Dreyfus Distinguished New Faculty Award (1989), the Camille and Henry Dreyfus Teacher-Scholar award (1991), an Alexander von Humboldt award, the J S Guggenheim Memorial Foundation fellowship (1995), the Feinberg award (Israel), the Doerr award (Texas), unrestricted research funds from Eli Lilly & Co., the Karl F. Hasselmann endowed chair professorship at Rice University, and others. Ariel Fernandez was elected to the American Institute for Medical and Biological Engineering in 2006 and became an honorary investigator of Collegium Basilea, The Institute for Advanced Study in Basel, Switzerland.

Ariel Fernandez has been the principal investigator in an NIH R01 award from the US National Institute of General Medical Sciences that supported in part the foundation research for his translational approach to drug discovery. His widely acclaimed book "Transformative Concepts for Drug Design: Target Wrapping" (Springer-Verlag, Berlin, 2010) introduces the so-called "wrapping technology" a key development in the pharmaceutical industry related to the implementation of selectivity filters to improve drug safety. Some of his concepts in molecular design, such as the "dehydron" and the "episteric tension" have been branded revolutionary by his peers and have been adopted in biotechnology companies. Dehydron physics portends to provide the first multiscale dielectric model of water and has been instrumental in a wide range of applications, from engineering drug specificity to elucidating the onset of proteomic complexity and the evolutionary origin of supramolecular protein organization. In his latest efforts, Ariel Fernandez has been focusing on developing new ways of parsing and expanding chemical space to optimize the design of wrapping compounds of therapeutic interest to biotech companies.

Ariel Fernandez also belongs to the clique of biotechnology consultants in pharmaceutical patent litigation. In this capacity he has worked with the Chicago firm Schiff Hardin, LLC, and consulted for the intellectual property firm Rakoczy, Molino, Mazzocchi and Siwik, LLP. In this role, his scientific background serves him well to assess the strengths and weaknesses of a pharmaceutical patent, potential unreported applications of drugs, and unanticipated side effects that may result from drug-based treatment.

A glimpse at the research pursuits of Ariel Fernandez translating fundamental research into novel cancer therapeutics may be found in his Distinguished Scientific Leader Lecture at Georgia Institute of Technology entitled "Evolutionary Insights into the Control of Drug Specificity" (11/10/2010).